5G: The impact on Artificial Intelligence will be greater than you think

The 5G IOT boom will benefit all aspects of society 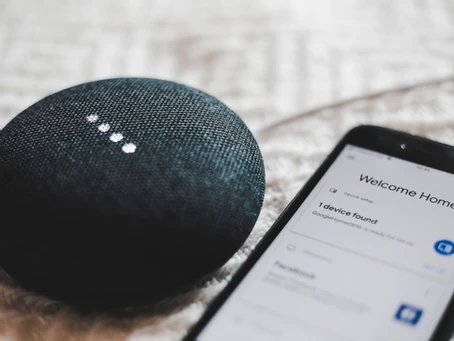 In the past few weeks, telephone operators have announced that the 5G network will be able to be tried by customers from eight capitals as of July 2020. The 5G standard is an evolution of 4G mobile telephony and should allow downloads up to 20 times faster, using less battery and supporting more connected devices simultaneously. In this first phase of implementation, operators will bring the experience of speeding up to 5G-compatible phones and only from 2021 will the facilities support the full benefits we expect from the technology.

By the way, expectation on the 5G issue is well founded. The network will be able to withstand the rapid increase in connected devices, which is an effect already expected with the expansion of Internet of Things (IoT) demand.

In recent years, connected devices have been gaining ground in homes and national industries and although IoT often sounds like something new, Brazilians started to live with it in the early 2000s, through automatic toll gates. Nowadays, most of the highways have toll plazas with digital readers that verify the identity of the cars and the available balance while the cars pass through a region with controlled speed. Other types of devices also permeate our daily lives: from smart TVs and vacuum robots, to industrial refrigerators that report the temperature during their operation. Recent McKinsey studies show that 30% of the global Internet of Things market is in devices, such as cell phones, TVs and connected machines.

The good news is that 5G will enhance this expansion by evolving from 4G technology, which connects people and information, to a structure that connects people and machines to just about everything. In Brazil, this more connected scenario is expected to become popular in large cities in the next 5 years, allowing more and more information to be digitized without the need for human interaction. As a consequence, we will be able to make decisions more quickly and, eventually, even automate some of them. For example, reducing street lighting after a period without moving cars and people, saving public money and enabling other projects. In this case, connectivity technologies facilitate the collection of IoT data and open space for processing this information on a large scale, that is, in the cloud infrastructure that many companies are already investing in.

In the next moment, as a consequence of the increase in the volume of data processed in the cloud, Analytics solutions on IoT data start, in fact, generating value for the business.

According to Gartner, 80% of IoT projects will have an Analytics component. In other words, the vast majority of projects must explore more than simple automated data collection and visualization in real time. Recent research by Mordor Intelligence has shown that the IoT Analytics market will quadruple in the coming years, from $ 17 billion in 2020 to $ 82 billion in 2025. As a basis for comparison, the worldwide IoT market is expected to double in size in the same period , rising from US $ 690 billion in 2020 to US $ 1.3 trillion in 2025, which could reach US $ 200 billion in Brazil.

Despite the great potential, IoT Analytics applications are still little explored due to the lack of connectivity. Artificial Intelligence algorithms that have already been widely used in offline applications should start to bring much more value when plugged into small and medium sized devices scattered in our daily lives. Among the long list of applications, we can highlight that:

· Reinforcement learning will take advantage of IoT devices to interact with the environment in real time, receiving positive or negative stimuli according to the actions generated by the systems and automating decisions made by the algorithms through microcontrollers connected to actuators and machines;

· Natural language processing (NLP) will enhance the work of virtual assistants who capture voice commands and interpret their content. These algorithms will allow an increase in queries for richer information contained in structured and unstructured data for personal and professional use; and

· More efficient facial recognition and analysis algorithms will be able to work in real time with videos from monitoring cameras to understand retail customers' feelings and suspicious behavior in controlled environments.

In short, 5G is an enabler of Analytics applications on the Internet of Things and is expected to generate billions of dollars in Brazil in the coming years. While 5G technology matures and arrives on a large scale in the country, there are alternatives, such as Lora and RFID, that make it possible to carry out smaller-scale projects and already bring value to the businesses that are investing in these areas. Surprisingly, even in the current crisis, we can observe major developments, as the IoT allows the automation of repetitive processes and manual work, in addition to cutting costs and conserving natural resources. However, in the medium term, it is essential to understand how the Internet of Things and Artificial Intelligence technologies are related in order to reach the maximum potential and benefit the whole society with efficient solutions.