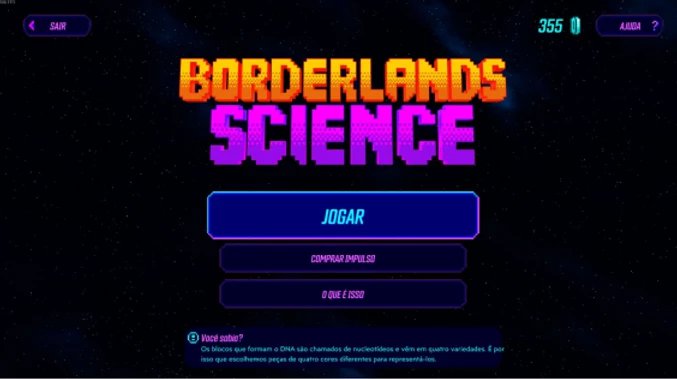 Training artificial intelligence can be a chore when it comes to DNA sequences. However, an initiative at McGill University in conjunction with the gaming company Gearbox turned this into something fun and with more than 700,000 employees worldwide. And in this article it will be explained exactly how they achieved such a feat and such a large number of volunteers. First, it is necessary to explain that the process involves sequences of DNA from trillions of microbes that are in the human digestive system, reorganizing these sequences and understanding which are similar helps to indicate which lines are associated with which diseases. Even with heuristic algorithms trying to make such an association they were "stuck" in non-ideal solutions. The researchers then decided to turn these strings into colored blocks and embed them within a mini-game from the acclaimed Borderlands 3 game.

The mini-game called Borderlands Science turns the different nucleotides into colored blocks, which the player helps to line up in columns. By assembling and moving them to match the colors, the player is helping to find errors in the data analysis of real-world computers. The experience also rewards the player with in-game money and many other benefits such as an increase in the experience gain of your game character.

The idea not only worked, but in April 2020 the mini-game has already reached surreal numbers: more than 36 million puzzles (name used for this type of puzzles) in just one month, an average of 1.6 million a day. While players compete for higher scores, they are continually training the Artificial Intelligence machine-learning algorithms behind such a task. The microbes that inhabit this part of the human body are linked to various diseases such as diabetes, autism, Alzheimer's, obesity and many others. Understanding their ecosystems and doing this mapping can help from the development of treatments to more accurate diagnoses. It is fascinating to see Artificial Intelligence and the community hand in hand for a good cause. Thanks to initiatives like this, aligning the population's collaboration in a simple and fun way, we hope to map these microbes and better understand their ecosystems. To learn more about the initiative and how it works follow the link: https://dnapuzzles.org/portfolio_page/borderlands-science/