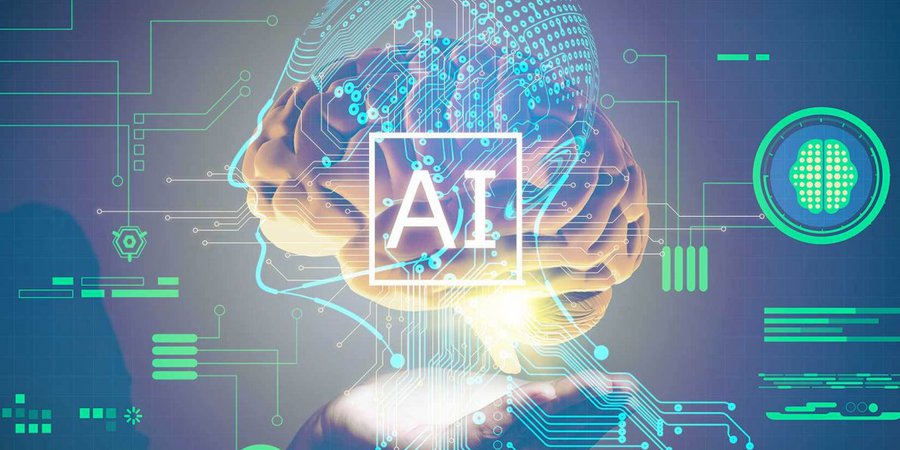 Artificial intelligence has been debated around the world as one of the most powerful emerging technologies and pointed out as the next major step in the transformation of human life as we know it.

Some exaggerate creativity, others despise reality. But the mathematical algorithms that we now call "artificial intelligence" are already part of our daily lives and already influence the behavior of society in general.

By a parting audience to better understand them, we can say that the groups that exaggerate creativity are the ones who believe that the AI we produce today and produce in a short period of time will replace humans and dominate the world.

To clarify this theory, we will bring some examples of great scientific achievements of humanity:

Human genome sequencing project - The Human Genome Project began in 1990 and aimed to determine the sequence of all genomic DNA bases and identify and map the genes distributed in our 23 pairs of chromosomes. The project had its activities completed after 13 years, in 2003. Among the results obtained in the process, one can highlight the discovery of the 3.2 billion nucleotides that make up the human genome and the identification of the function of about 50% of them. It's important to highlight that it was possible to conclude that the sequence of the human genome is 99.9% equal in all individuals.

Conectomics Project (which uses detailed imaging techniques to map the physical pathways of the brain) - google scientists have managed to produce the largest brain connectivity map to date. The model shows 25,000 neurons, and 20 million synapses rolling between them. It is the brain of a "fly" that has an average of 100,000 neurons. To have an order of magnitude, the human brain has 86 billion synapses. The reconstruction work for further analysis of the ability of synapses of the brain of the fly, took 2 years to be developed, so to reach the same level in relation to the brain human no we will have to devote a little more.

Why would it be important to know the "connectivity" of human neurons? Once we dotted the reasons why our neurons make billions of electrical combinations per thousandth of a second, maybe we'd sell out our real "Human" intelligence and thus create something truly "intelligent". Today the algorithms we use as "Artificial Intelligence", are developed based on the mathematical theory of "Neural Networks", a simple action represent, of this tangle of connections, called synapses that occur in our brain. Our algorithms make such correlations in a binary manner, based on probabilistic similarity calculations.

Quantum computers, when they become economically viable and less polluting, may provide greater speed and a non-"binary" capacity of correlations, since the fundamentals of quantum physics is not being more deterministic, that is, they are not able to predict exactly where some objects, or at what speed. In quantum physics, the measurements obtained are expressed in probabilities. And this is what we imagine our brains to do when we interpret something as known or unknown, we decide to go ahead or give up. We also believe that our "intelligence" is "deterministic" or "probabilistic".

As you can see between the two scientific projects, to find the deterministic functions of 3.2 billion nucleotides in the human genome, we took 13 years. To discover the dilemmas of the connectivity of the human brain with its 86 billion synapses per second, they being "non-deterministic", I estimate that it will take us about 26 years, with the help of quantum computers.

But let's go to what we actually have today. We have an interconnected society that generates billions of data per minute, and through its binary algorithms influences the decisions of millions of inhabitants around the world.

As commented the author of the best-seller Sapiens, Yuval Noah Harari in an interview with Época Negócios magazine in 2018:

"If you find these prospects alarming," he says, "the most important contribution you can make is finding ways to prevent a lot of data from being concentrated in your hands." Without any prevention action, says the author, humans run the risk of becoming something similar to "domesticated animals."

"It is almost impossible to avoid using products from one of these online companies. Facebook and Google, in particular, have become portals for

Google's Android supports at least three out of every four smartphones in the world."

When we know that current algorithms depend on data for their learning, and we know that 90% of the data generated in the world is in the hands of 5 companies, all from a single country with their very specific moral and ethical values. There we see a real danger of exclusion from other human cultures and diversity.

When we talk about "governance" in "artificial intelligence", we are addressing this aspect of the training of algorithms with databases that can proportionally represent the cultural, racial and ethical and moral concepts that exist in our planet.

Given the time methods available for developing and training algorithms, all depend on the quality of data for their learning.

We've heard nonsense from allegations of "racist" robots, but if the robot discriminated against a person because of their race or ethnicity it's because the developer of the algorithm trained him in a database that contained stereotypical definitions of a particular race or ethnicity, or there was simply no significant representativeness of that variety in the total volume of data that the algorithm was trained. Therefore, because it is binary and works with probabilities, the probability of this ethnicity being something important would become almost nil, and the robot would call it something "disposable", here comes the belief of "discrimination" felt by the end user. For being considered "disposable". But the machine didn't do it alone. There is a human responsibility to collect, treat the data, according to "ethical concepts", which are "quantum"!

Anyway, our current dilemma is to develop the critical capacity of data analysis in the largest volume of people around the world. Because it's humans who generate and make data-driven decisions.

Still paraphrasing the analyses of historian and futurologist Yurval Harari, in one of his interviews on the COVID-19 pandemic, he replied:

"we have the scientific knowledge to solve this crisis, but not the political wisdom to do so. All the great achievements of

humanity, from the construction of the pyramids to the flight to the Moon, were not the

result of an individual genius but of cooperation among countless

Strangers. Demonstrating political wisdom would mean acting in a way that

this power of cooperation is maximized for the benefit of all. We know that humanity is capable of this kind of collaboration. Just look at scientific research."

As you can see, governance in artificial intelligence is about collective interest and not individual, or a specific group. The lack of parameters of common interest to ensure the representativeness of their multiple faces and the preservation of free will can transform our society into a puppet society. In the search for "intelligence", we are distancing ourselves from "wisdom".

Therefore, I believe that today more important than knowing mathematical formulas and the history of civilization, is to know yourself. And this is an individual and lonely adventure.

Site Epoch Business - The real danger of technology, according to the author of 'Sapiens',Yuval Noah Harari - https://epocanegocios.globo.com/Mundo/noticia/2018/09/o-verdadeiro-of-technology-second-the-author-of-sapiens.html

"Janete Ribeiro  is CEO of Analytics Data, a consulting firm specializing in data science and artificial intelligence, and is certified in data governance by MIT. She is an ambassador for WiDS (Women In Data Science), a researcherat StanfordUniversity, a graduate professor in Big Data & Analytics at SENAC, author of the book "The Performance of the Competitive Intelligence Professional " and" Marketing Research"