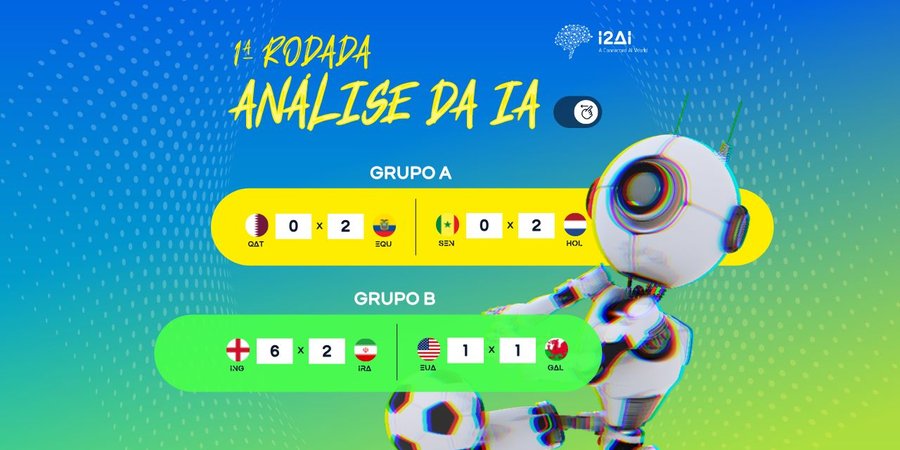 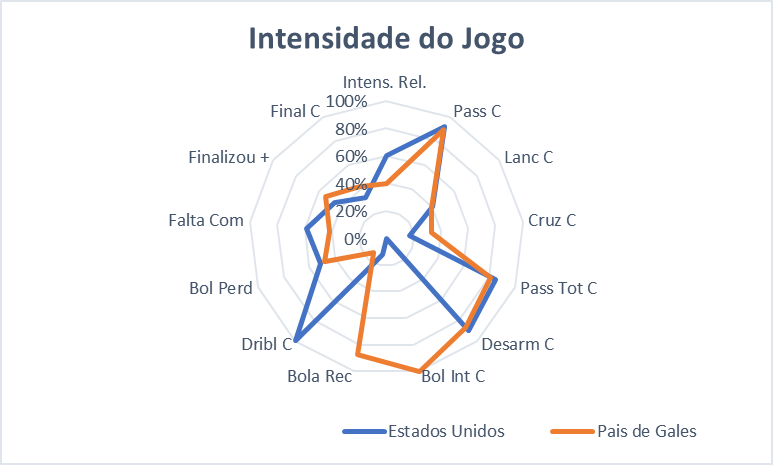 For the sample of this game, which is small, if the champion is here, he will have to evolve considerably. USA played 69% of what is expected of a champion and Wales came in at 45%.

Relative intensity of the game: 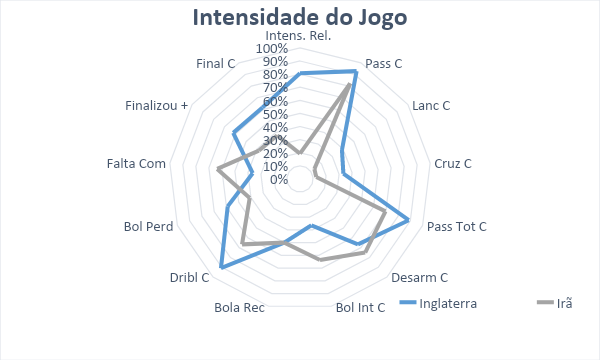 For the sample of this game, which is small, if the champion is here, it is England, who had 99% of the intensity that is expected of a champion and Iran was 24%.

The tireless of the game were all from England. It is worth noting the disposition of these players throughout the championship. John Stones, full-back, Luke Shaw, full-back, Kieran Trippier, full-back, Jude Bellingham, midfielder, Declan Rice, midfielder, Harry Maguire, centre-back.

Just a note about team intensity in Cups. Statistics show that, in fashion, champion teams do not start championships with the intensity of champions, they are strengthened and perfected as the championship evolves. Same with athletes. To check. 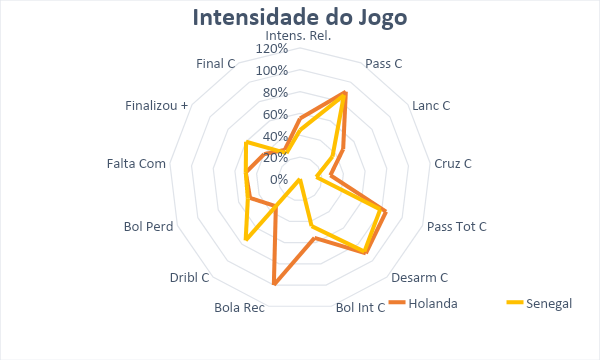 From the sample of this game, which is small, if the champion is here, he needs to evolve. Senegal had 43% of the intensity you would expect from a champion and Holland, 52%.

The game had a good number of finishings.

The tireless of the game were Nathan, defender and Frenkie de Jong, midfielder, both from the Netherlands.