The season of predictions about what will happen to technology in the coming year is in full swing. 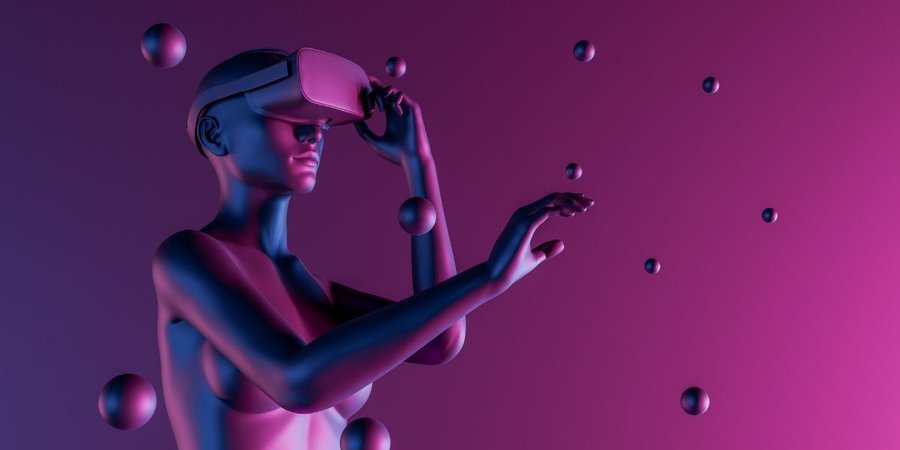 One of these predictions speaks of the metaverse. So much is said that it has become a trend topic in several directions: towards pure technology, towards business and towards people's behavior. This subject will be the object of analyzes to be described in three articles. The first is a retrospective in the style of “where does it all come from?”. The second is an analysis of what is happening in business because of this new wave. And the third is a very factual observation of some metaverses that already exist, but you don't even notice.

The word is new: metaverse. Despite being new, it is fashionable. And like everything that becomes fashionable in this world of fast communication, a lot of people use it, but they don't even know what it means. But, in technology, to use it well, it's good to know where it comes from and, at least, how it works. That's what we're going to talk about here.

If you search for the word “metaverse” on Googles and Wikipedias, you will find a definition like this: “...metaverse is the terminology used to indicate a type of virtual world that tries to replicate reality through digital devices. It is a shared collective and virtual space, constituted by the sum of virtual reality, augmented reality and the internet”. As a definition, this one seems very clear, but the understanding of its essence can be expanded. For this, we are going to walk a little further in the direction of these other technologies that present themselves as components of the metaverse: virtual reality, augmented reality and the internet. It is these components that meet the etymology of the word. Granddaughter case, it refers to something that is beyond the universe.

Back in the day, long before computers came along, the reality of the universe—its tangible objects—was materialized in atoms. The evolution of knowledge made it possible to create models similar to the material reality of the universe, almost always miniaturized, but equally built with atoms. Even a hydroelectric plant, with a giant structure, had its dam reproduced on a reduced scale. Before being built, the ships were behavior tested with a miniature of the project in a proof tank. This tank contained water and waves, as happens in the sea.

The advent of computers allowed the creation of simulation models of this reality of the universe made with atoms. An evidence tank is now reproduced by a matrix of numbers. Bits began to replace atoms. Pay attention to this sentence because it will be repeated more times here.

Reproducing the reality of the universe through numbers processed inside a computer proved to be a very attractive and very successful activity. The popularization of flat-panel monitors allowed the visualization of all these numbers in images that reflected with increasing precision the materiality of the universe. This process made room for yet another neologism. Imported from the English word “render”, today we call rendering the possibility of using a set of numbers to form an image of some material object, even if that object does not even exist as a real thing. And the test tank where the miniature of the ship was tested also changed its name. Now called TPN — Numerical Evidence Tank. Water, waves, tides... everything in the sea rendered by numbers. Again, atoms are now represented by bits.

Metaverse for the first time

The word metaverse was coined by Neal Stephenson and first used in his 1992 book “Blizzard”. To understand this word, it is good to start by understanding its creator. Stephenson comes from a family background where science and technology were part of everyday life. The father was a professor of electrical engineering, the mother worked in a biochemistry laboratory. The paternal grandfather was a professor of Physics and the maternal grandfather was a professor of Biochemistry. In 1981, he graduated in Geography with a specialization in Physics and, from this cocktail of influences, he became a futurist and somewhat experimentalist writer, who mixes memetics, cyberpunk culture, mythology, capitalism and whatever else lies ahead.

The title of his first book already gave an idea of ​​what would come next. Published in 1984, the book is called “The Big U” and deals with the environment of a certain “American Megaversity” surrounded by social turmoil of all kinds. But it does not disguise the fusion of concept words — mega + university — to create a neologism, as will happen again with the metaverse. In the case of “megaversity”, the understanding of the prefix mega is simpler, because everything that is mega is big. And “versity” is the part of the word “university” that, when placed in the mega lake, turns into such a giant university.

With the prefix meta, understanding can go through another type of elaboration. And, to make your life easier, we are going to resort to rescuing all this.

Meta is a prefix that has become popular in contemporary dialogue. Perhaps the best-known use for this prefix is ​​metalanguage. And precisely because of this, the meaning of the prefix ended up being restricted to that of a language that describes the other, illustrated in the classic example of the film about cinema. But the prefix has other meanings. It means a change, as in metamorphosis. It means something transcendent, as in metaphysics. And above all, it means something later, which comes later and goes beyond. Hence the meaning of metaverse, describing something that is later than the universe and therefore comes later and goes beyond.

Understanding what it means

Therefore, this concept of metaverse created by Stephenson fit very well in the world of games. Each game has its own universe and the description of that particular universe could be done through a metaverse. With a very important detail: any of these universes can exist in atoms, but your metaverse will always be built in bits! Hence, whenever you suspect that you are facing a metaverse, it is good to ask yourself if what you are seeing exists in atoms or just in bits. The answer will be essential for you to understand what is in front of your eyes.

In that moment, let your imagination run wild and use what you've learned so far to build metaverses describing other universes that exist around you. Help with some suggestions:

— for gyms and other fitness businesses, we can have a “sweatverse”; and

— for a gaming and betting environment, the “betaverse” can arise!

And since all of this goes a long way, we are ready to move on to the next chapter, which takes what has been discussed here into the business world. The promise is to revolutionize business with metaverses. Will she come true?