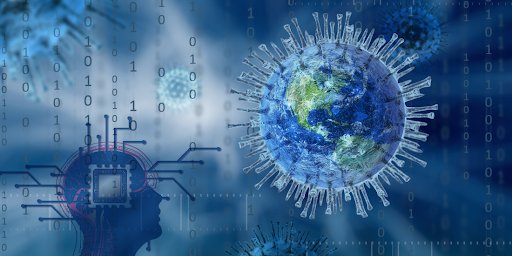 In mid-2020, the journal The Lancet: infectious diseases highlighted, in one of its articles (O'CONNOR, 2021), that misleading news about the pandemic shook the general population's confidence in health organizations. Another survey (AVAAZ, 2020) also shows that one (1) in four (4) Brazilians say they would not take the vaccine against COVID-19, with some false news as justification. Fake news or fake news is part of a wider range of anomalies known as information disorders.

UNESCO has coined the term Informational Disorder to designate the variety of cases of false and manipulative narratives, taking into account, above all, cases of “fake news” that use the photographic component to dissuade people, as is the case of Deep Fakes. Informational Disturbances are understood to be a set of phenomena of worldwide proportion and highly dynamic, changeable and that urge for greater discoveries and control actions, being necessary to consider greater pluralities in the points of view about it.

In this context, the pandemic of fraudulent information, also called an infodemic, creates difficulties for ordinary citizens to retrieve, choose and use information. Neves and Borges (2020) point out resources used to face misinformation and fraudulent news, which were identified in selected articles in the ERIC database, with descriptors chosen from the International Education Thesaurus and with a time frame from 2016 to 2019. Neves and Borges highlighted as main resources to combat fraudulent news:

Grossi, Leal and Silva (2021) point to the importance of media education that encompasses the development of skills to combat misinformation and fraudulent news. Media education in the context of the information pandemic can be one of the alternatives capable of supporting the filtering of information based on a set of skills so that the individual is able to understand and correctly use the media, becoming capable of being a active citizen.

The Covid-19 information pandemic has shown that cultures (material, immaterial and all their types, including erudite and mass) are constantly in line with digital culture. In this context, during the Covid-19 pandemic, it was possible to understand that any initiative in an attempt to control fraudulent news and disinformation involves the appropriation of resources, informational competence and media education in digital culture.

It is understood that artificial intelligence can be an efficient tool in the fight against fake news, through the association of Information Media Literacy (AMI) guidelines. AMI is a set of skills to critically access, analyze, create and participate in the information and media environment in all its formats, supports and extensions.

Applications based on natural language processing (NLP) can go against the “behavioral surplus”, pointed out by Zuboff, using data conglomerates to favor media education. Artificial intelligence is shown as the expansion of human intelligence beyond the biological body. In parallel are the skills needed to deal with the challenges of fraudulent data and information generated by advanced manufacturing processes for well-known machine intelligence applications. What we are proposing is part of the famous phrase of the American psychiatrist, Milton Erickson (1901-1980), the father of modern hypnosis: “In the poison is the antidote”.

Artificial intelligence has significantly amplified contexts of disinformation when applied in an intentionally malicious way. The difficulty of combating fake news is even greater when you have the application of Deep Fakes and bots as intelligent agents that connect to spread viral content. These agents use artificial intelligence resources, making it increasingly difficult to identify aspects that indicate that the information is not true.

In the context of agents disseminating false information, it is worth noting that Deep Fakes are even more worrying, as they are capable of altering images and videos. The images, before that were considered more difficult to insert fraud, with the use of Deep Fake also become deceptive sources.

Deep Fakes are created with deep learning capabilities and have the ability to overlay text, audio and change still and moving images. With this tool it is possible to plagiarize videos and images, making changes, which with the artificial intelligence feature, is imperceptible, unlike the changes made before in editing tools to change conventional images. Deep Fake can superimpose, swap or mix faces and even change voices without being able to notice the changes made. Before, it was possible to identify signs of alteration such as blurred lips and shadows in videos that showed that it was an informational disorder (Informational Disorder). In the case of changes performed with mixed faces of several people, the disorder is being called Fake Faces.

Faced with such a problem - to point out the urgency of thinking more and more innovations aimed at mitigating, reducing or controlling fake news (21st century version) - it is that we call attention to information competence, to Information Media Literacy and to education media, as skill sets already established and necessary to deal with such a situation. In the specific case of “deep fakes”, visual competence, recently defended in Information Science, in thesis by Daniel Cerqueira Silva at ECA-USP, can be to provide a set of strategies that presents adulterated digital photography. Silva (2021) presented the application of “Olho na Fake” as a product of his doctorate. The application uses as reference models ARCS, Bloom's Taxonomy, Flow theory, MEGAA+ and UX Design associated with Gamification.

Thus, once in front of the photograph, it is a matter of seeking the melodic unity of its lights, lines and directions, its scales and volumes, its axes and its shadows, in short, contemplating the atmosphere that it offers to the eye, because the immanent meaning of the photographed motifs and themes is inseparable from the unique arrangement that the photographer chose to present (SANTAELLA, p.76, 2012).

We close our reflection with an excerpt from a lecture by Dora Kaufman in 2021, which calls attention to the need to increase the degree of knowledge and awareness of society regarding artificial intelligence technologies. We believe that it is urgent to empower people to mitigate and face the risks of the new social conjuncture that involves infodemics, and a whole range of informational disorders, and artificial intelligence, as well as creating alternatives based on human competences to deal with the intelligent machine. .

*Barbara Coelho is a professor at UFBA. Post-doctorate in Information Science. She currently coordinates the AI ​​in Education Committee at I2AI and is a consultant to the Artificial Intelligence Special Interest Committee IFLA.