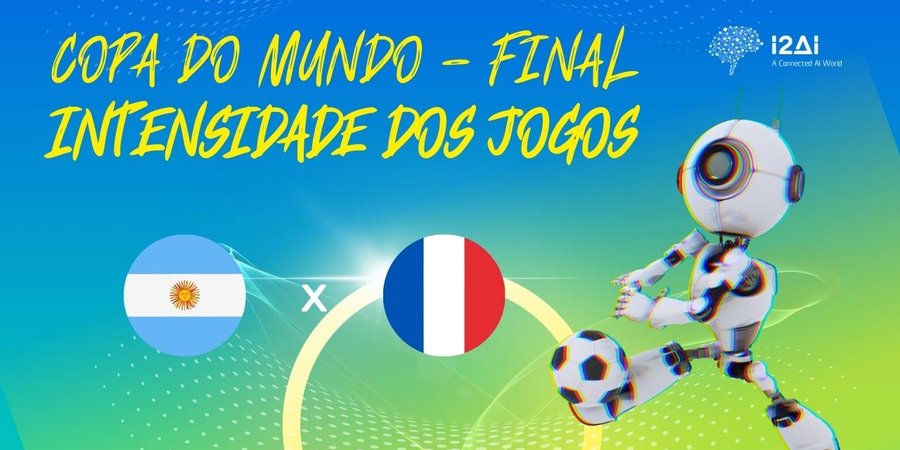 Screaming goals more often is what wins a game and football is not an exact science because it depends on a series of people, actions and reactions throughout the match. Behind a game, super specialists in their functions and skills on and off the field trying to overcome themselves and their opponents, individually and collectively.

In any case, being more effective while making fewer mistakes is not a guarantee, but it does increase the chances of winning. The FIF-AI drew intensity graphs, according to its criteria, for the teams, phase by phase. Does being more consistent win the game? And be more predictable? This answer is for the experts. 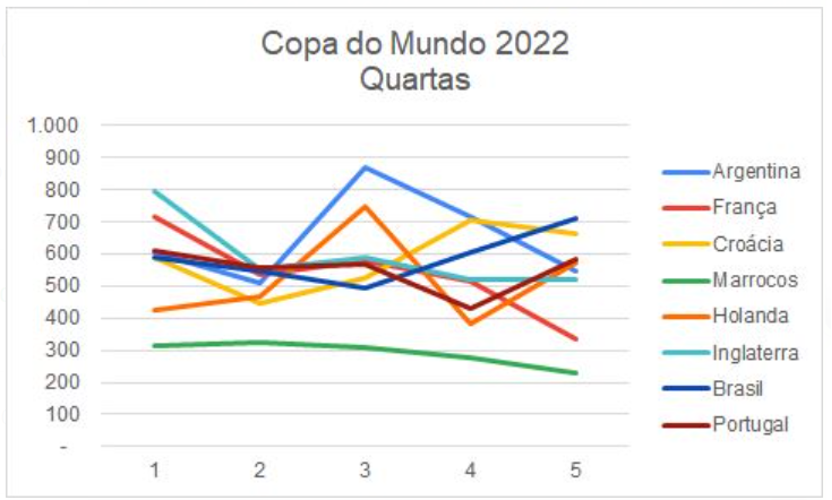 Note that there is a spike in intensity from Argentina, followed by a dip caused by the 2nd half of the Netherlands game. Brazil starts to increase in intensity and Morocco, with its strongly defensive game, has low intensity, despite the effectiveness in quantity and rate of successful completions. 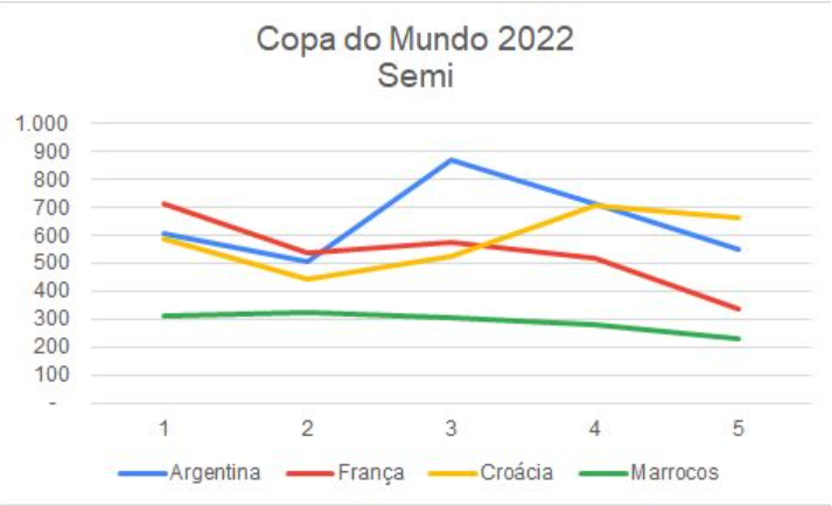 The same graph, now only with those who passed to the semifinals. Does Croatia have game pattern variation? 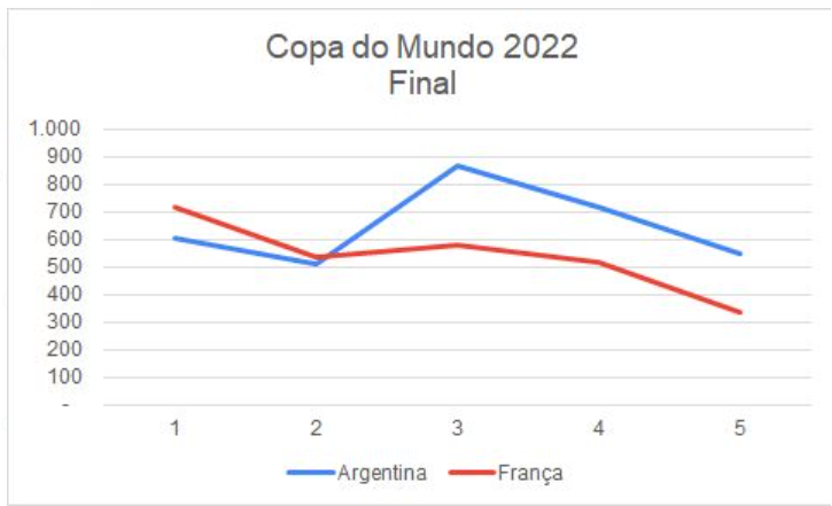 Finally, the teams that are in the final. It is worth noting the fall in intensity of France and the difference in intensity between Argentina and France from the 3rd game onwards. In the last and decisive game, the intensity of each one will be on the pitch, but what will decide, as always, will be who scores the most goals. For the FIF-AI, it will be Argentina. And to you?