Problems that only a metaverse can solve

On Christmas Day, further than the bethlehem star, a highly complex device, the James Webb Space Telescope, took to the skies. 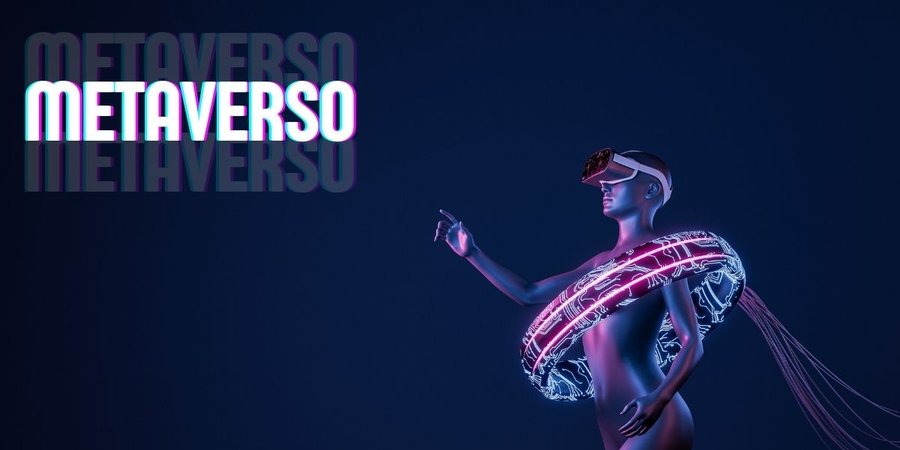 Designed and built by a consortium of companies — NASA, CEA and ESA — over 10 years and at an approximate cost of ten billion dollars — yes, ten billion! — this device, a telescope, will observe the ends of the universe from a very special place, the Lagrange point L2. But that point is far. Very far! He is 1 million and 500 thousand kilometers from Earth! All this translates into a single word: complexity. And what does all this have to do with the metaverse? Go ahead and you will see...

The metaverse allows for a “metaversatile” approach to a range of problems. A few days ago, I created this neologism — metaversatile. And, rescuing the definition of the first article of this triptych, something metaversatile describes the possibility of achieving versatility in other ways than those traditionally used.

Measuring is something that has always been done with a measuring instrument applied to the object being measured. But, in some situations, the measurement cannot be done in this traditional way. For example: measuring the temperature of an object that is very hot, the speed of an object that is going very fast, and the distance of something that is so far away that we cannot even see it. To carry out these measurements, an area of ​​knowledge called telemetry emerged, which literally means measuring at a distance. It was created just to measure, but over time, it was perfected to measure, communicate the measurement result and allow an operator to implement an action to modify the measured parameter. Something very versatile!

A good example to illustrate the use of telemetry occurs in Formula 1 races: the cars move at enormous speed, but, through measuring instruments at a distance, the driver's team can measure everything that matters to maintain the best performance. of the vehicle. And what does all this have to do with the metaverse?

Metaverse as a measurement and control instrument

For many years, the world scientific community has been waiting for the launch of a rocket that will take the James Webb Space Telescope — JWST, mentioned at the beginning of this article, into space. After several delays, mainly due to the need for technical adjustments, the launch finally took place on December 25th. But the challenge was just beginning. Placed inside an Ariane rocket and launched into space from French Guiana, the JWST went into space folded like an origami, as shown in the following illustration.

Visual registration of the JWST was only possible until the moment when the last stage of the thruster disconnected from the device and the solar batteries opened. Until then, a camera on the launch rocket transmitted images from the JWST. And then? How to control this expensive and highly sophisticated device in its assembly process to unfold into complex parts that must have a precise fit?

Over a little more than thirty days, the JWST walked towards its point of arrival, known by the strange name of point L2 de Lagrange. This point is one million five hundred thousand kilometers from Earth and, during the trip, many things happened to this exquisite machine that will allow us to observe the ends of the universe. Each modification was painstakingly planned and executed without any direct view of what was happening, as the JWST simply does not have a self-observation camera. Still, the machine arrived at its destination with the format shown in the following illustration.

But, after all, how is it possible to control such a complex and precise physical transformation without even having an image of what is happening? The answer to that question is the metaverse.

In this case, an equally complex and sophisticated digital representation of the JWST was developed. This complete digital twin built by Raytheon and monitored by millimeter telemetry allowed monitoring, on the screens of NASA's control centers on Earth, of what was happening with the JWST on its way to L2. The atoms were not visible, but they were always under telemetry control and represented by bits on screens everywhere.

The JWST was the avatar of itself and everything that was executed with the digital version in the control stations here on Earth had an impact precisely on the evolution of the device on its way to the final point.

Still, the processes of this very special metaverse were carried out very carefully and slowly, each in its own time. The movements were checked to ensure that the expected results had been achieved. This certainty often took two or more days. Only then would the next move be planned and executed. So much so that the origami took more than a month to unfold and park at the final spot. The entire process was streamed through NASA's YouTube channels.

Next, a sequence of two images showing the metaverse of exclusive use and of great precision. The first shows the telemetry data from the adjustment of the last 3 mirrors, here represented by yellow hexagons.

Next, the 3 mirrors on the left are already adjusted, with a perfect fit with the others, which led to the celebration of the control teams on Earth.

If you are interested in learning more about JWST, the internet is full of information about the project.

Will your metaverse — personal or professional, for commercial use or just for fun, public or private — ever demand the precision of this Raytheon-developed platform? Probably not. Unless you work at Boeing, because it is exactly this notion of distant aggregation of precise material elements that should be used in the project to build a plane in the metaverse, with minimal clash.

Do you understand now what is behind the news released by Boeing? And by now, it wouldn't be surprising if Boeing was already talking to Raytheon to use the same technology platform and knowledge used to "metaverse" the JWST controls on its journey towards Lagrange's L2. After all, monitoring and control mechanisms in an engine that moves through space at great speed to an increasingly distant point can only be obtained through a metaverse.

In that case, discussions about brain chips and other such controversies will always be less important than what can be done with precision and agility. This is the meta-versatile solution!